Event: ‘Into the Wild’: A Lacanian Reading

‘Into the Wild’:
A Lacanian Reading

FREE and open to all 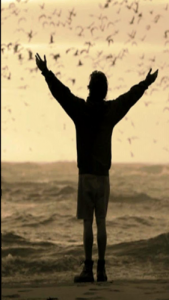 The tragic story of Christopher McCandless’s 1992 expedition into the Alaskan wilderness captured the imagination of many as it was told by Sean Penn’s film Into the Wild. The young McCandless turned his back on a prosperous middle class life, breaking with friends and family, took on a new name, and pursued a solitary life in the hope of a purer existence. He came to be considered a hero by some, a disturbed loner by others.

This panel will highlight a series of crucial social and clinical issues brought to light by McCandless’s story: How should we read McCandless’s motivations, in view of the personal and social circumstances of his escape ‘into the wild’? Do McCandless’s actions provide us with a model of a radical ethical event, an attempt to break completely with the social context and values of his upbringing? The panel will examine McCandless’s story to better understand a series of psychoanalytic notions including the death drive, melancholia, passage à l’acte, the neurosis/psychosis distinction, and the idea of subjective destitution.

Derek Hook is an Associate Professor at Duquesne University and a practitioner of psychoanalysis. He is the author of numerous books, including the forthcoming  Six Moments in Lacan (Routledge, 2017). He is also the co-editor of the Palgrave Lacan Series and the forthcoming four volume companion to Lacan’s Ècrits (Routledge, 2018).

Michael Miller is an Assistant Professor at Upstate University New York and a practicing psychotherapist. He is the author of Lacanian Psychotherapy: Theory and Practical Applications (Routledge, 2011).

Calum Neill is a Lecturer at Edinburgh Napier University. He is the author of Without Ground: Lacanian Ethics and the Assumption of Subjectivity (Palgrave, 2014) and Ethics and Psychology: Beyond Codes of Practice (Routledge, 2016). He is also the co-editor of the Palgrave Lacan Series and the forthcoming four volume companion to Lacan’s Ècrits (Routledge, 2018).